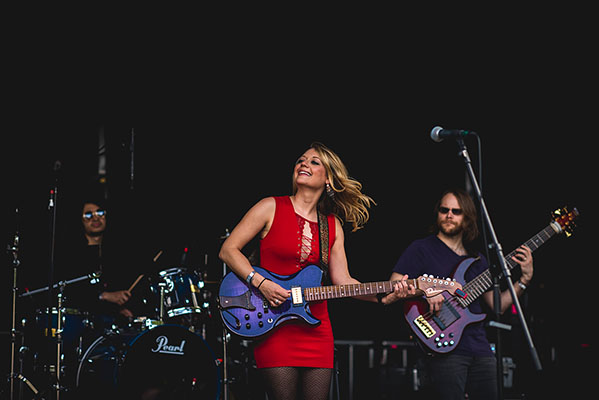 All tickets must be purchased as a complete pod. Depending on the pod you purchase, you will be able to have up to 4 or 6 people in your pod. All pods are placed to ensure proper social distancing.

Ashley Heath continues winning over Americana lovers’ hearts with her voice of “velvet soul,” driving her career forward and playing music full-time since spring of 2015. The Asheville-based singer and guitar player continues pushing her sophomore album “Where Hope Never Dies,” which delivers her signature blend of sultry blues and anthemic rock n’ roll, tied in with messages of hope and perseverance to uplift her fans during this trying time. Pre-Pandemic, Heath delivered her soulful arrangements to clubs and festivals such as Merlefest, Bonnaroo and Shakori Hills, playing in support of Donna The Buffalo, The Del McCoury Band, Anders Osborne, Shamarr Allen of Galactic and other staples of the scene. However, Heath continues adapting to these ever-changing times and spreading her music through live streams and tapping into different facets of the music industry in order to sustain her livelihood and maintain her valuable relationship with her fans. Heath’s unique style stands out and stems from her upbringing in the “Jewel of the Blue Ridge,” Madison County, as well as musical influences such as Bonnie Raitt and Eva Cassidy. Heath spent her years touring across regions of Appalachia, which recognize and appreciate her strong songwriting and vocal abilities. Her relatable, thoughtful lyrics and steady, bluesy band bring her recognition, such as appearances on WNCW’s Top 100 list and “Best of WNC” awards for several years in a row. After touring throughout the Southeast and Northern Europe, “Ashley Heath and her Heathens” work to revive a steady, busy music career in the future and spread her message of hope and resilience to listeners everywhere, emphasizing everyone’s ability to achieve their dreams by believing they are capable.

Check out our lineup of indoor spring POD shows as

We are excited to welcome @andrewscotchieandtherr

We are excited to welcome @grahamsharpmusic of @st

We are so excited for the return of live music to