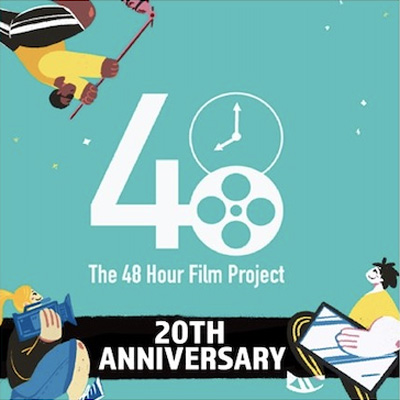 Awards Night: The Best of the Asheville 48 Hour Film Project 2021

Buy Tickets
The 48 Hour Film Project is a worldwide competition held in 125 cities across the globe. Participating teams of filmmakers write, shoot, and edit an original short film, start-to-finish, in 48 hours. Each team of local filmmakers is assigned a genre and three required elements and hand in a completed film before the deadline.
The films produced and submitted before the deadline by the Asheville 48 Hour Film Project teams during this year’s competition will be shown in either the Block A or Block B screenings, July 21st-22nd. Then it’s onto awards night on Sunday, August 1st, where the top films are screened one more time and the 48 Hour Film Award winners are announced! To see a list of all the competing films for this year, check out www.48hourfilm.com/asheville/48hfp. This is a red carpet event so come dressed to impress, eat, drink, and support our local filmmakers!
+ Google Calendar+ iCal Export