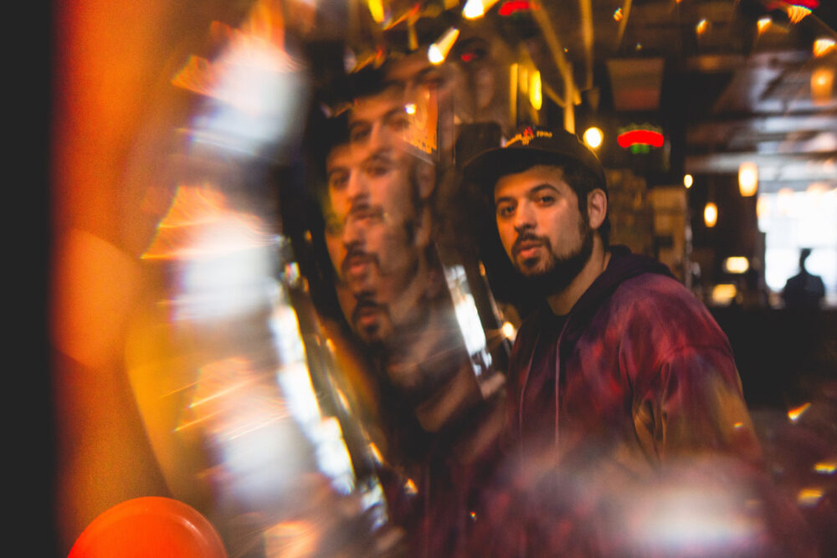 Flamingosis splices together old school soul, wild funk, and D.I.Y. electronic with a radiant message meant for any moment. After generating 100 million streams, attracting 100K cumulative social media followers, and receiving acclaim from Pitchfork, MTV, ThisSongIsSick, and many more, the New Jersey-raised and Brooklyn-based artist and producer embeds an important affirmation within the framework of his first full-length album in four years, Daymaker.

Since 2012, he has carved out a niche of his own in addition to collaborating in the studio and on stage with Big Gigantic, GRiZ, Madeon, Tokimonsta, and Matoma, among others. Not to mention, he graced the bills of festivals such as Austin City Limits, Electric Forest, Okeechobee, Holy Ship!, and Voodoo Music + Arts, to name a few. Critical acclaim followed with Pitchfork describing “Believe In Me” as “a new summer anthem.” Regarding 2016’s Bright Moments, MTV wrote, “The producer’s new album weaves smooth 1970s and 1980s samples into perfect grooves.” In 2019, he began to widen the sonic palette. For the first time, he hit the studio with collaborators to architect what would become Daymaker. He worked closely with an all-star cast of musicians, including keyboardist Borahm Lee [Pretty Lights], Jeff Franca [Thievery Corporation], Eddie Roberts [The New Mastersounds], Hunter Roberts, hip-hop funk duo Recess, Mike Tallman of funk and roots outfit Euforquestra and the Color Red label, and more. Now, he introduces Daymaker with a Brazilian bounce, tropical house flavor, and chilled beats on lead single “Wild Summer.”