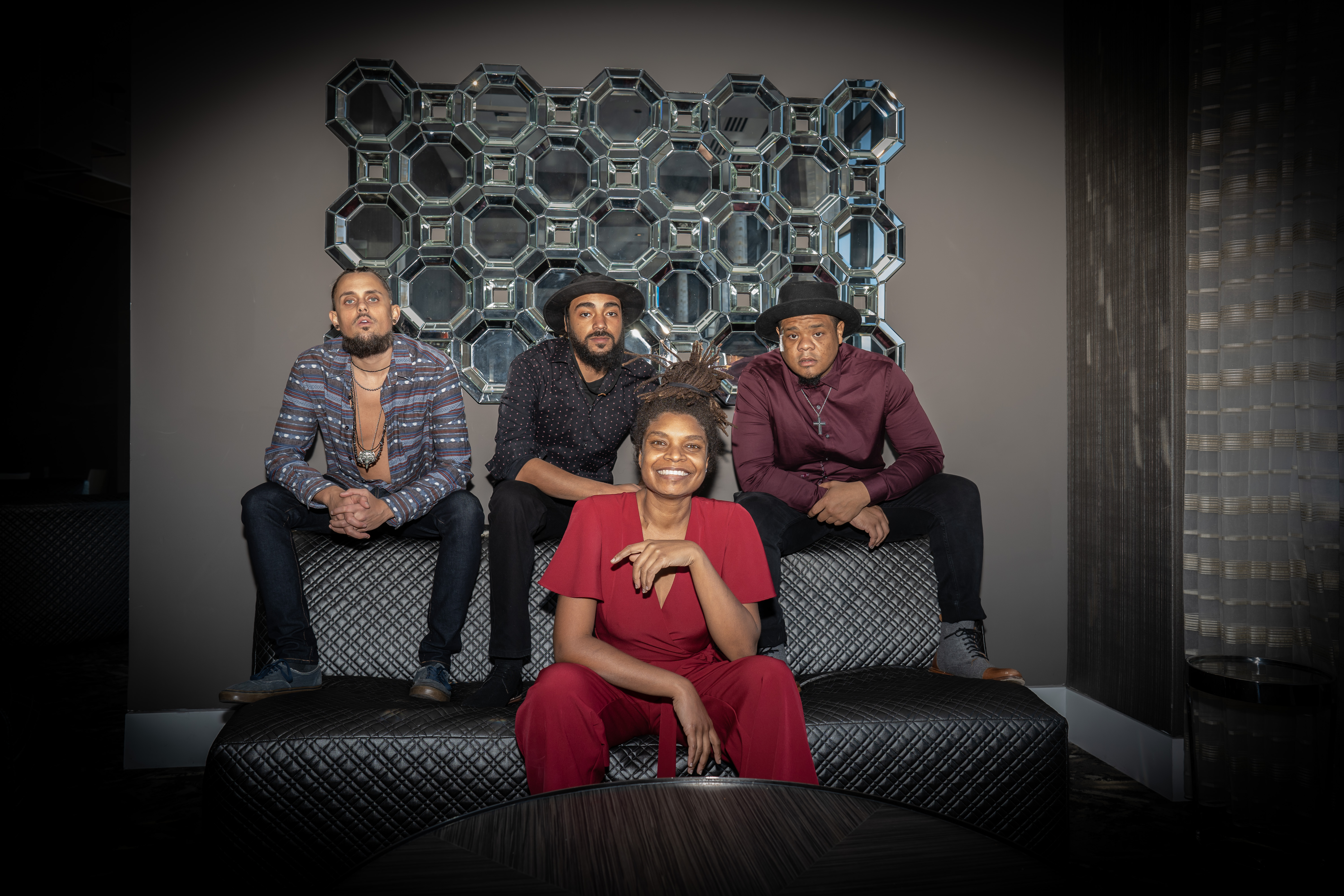 All tickets must be purchased as a complete pod. Depending on the pod you purchase, you will be able to have up to 4 or 6 people in your pod. All pods are placed to ensure proper social distancing.

Formed in 2012 by forever friends Austn Haynes and Johnny Reynolds, Free Radio released its debut album, “The Powers That Be” that same year. Fueled by Austn’s beats that dig into everything from classic soul to classic rock and modern pop to space-age lounge, both Austn and Johnny are accomplished emcees, and around western North Carolina, Johnny’s syrupy flow has become a thing of legend.

Over the past decade Free Radio has taken different forms, won multiple awards for “best hip-hop group” by local newspapers and shared the stage with heavyweights like Wu-Tang Clan, Ice Cube, Slick Rick, Nappy Roots, Digable Planets and Warren Haynes, and the band even swapped coasts for a few years when Johnny and Austn moved to San Francisco. But today, back home in Asheville, Free Radio has found its most powerful configuration with the addition of Grammy Award winning singer Debrissa McKinney and Datrian Johnson, whose deep, soulful vocals (think a modern day Barry White or Isaac Hayes) have enough power and authenticity to become the voice of a generation.

The addition of Debrissa and Datrian can not be overstated, “I feel like the universe put us together” says Johnny. “We all came from different walks of life and found ourselves in this time and space.” It’s the old adage where the whole is greater than the sum of its parts. “When Datrian and Debrissa come together it’s just magical” continues Austn. “One thing Johnny and I are not as skilled at is being vulnerable, and to have them bring that balance and soulfulness, to bring it back to a heartfelt level, I’ve been manifesting that for years.”

Check out our lineup of indoor spring POD shows as

We are excited to welcome @andrewscotchieandtherr

We are excited to welcome @grahamsharpmusic of @st

We are so excited for the return of live music to