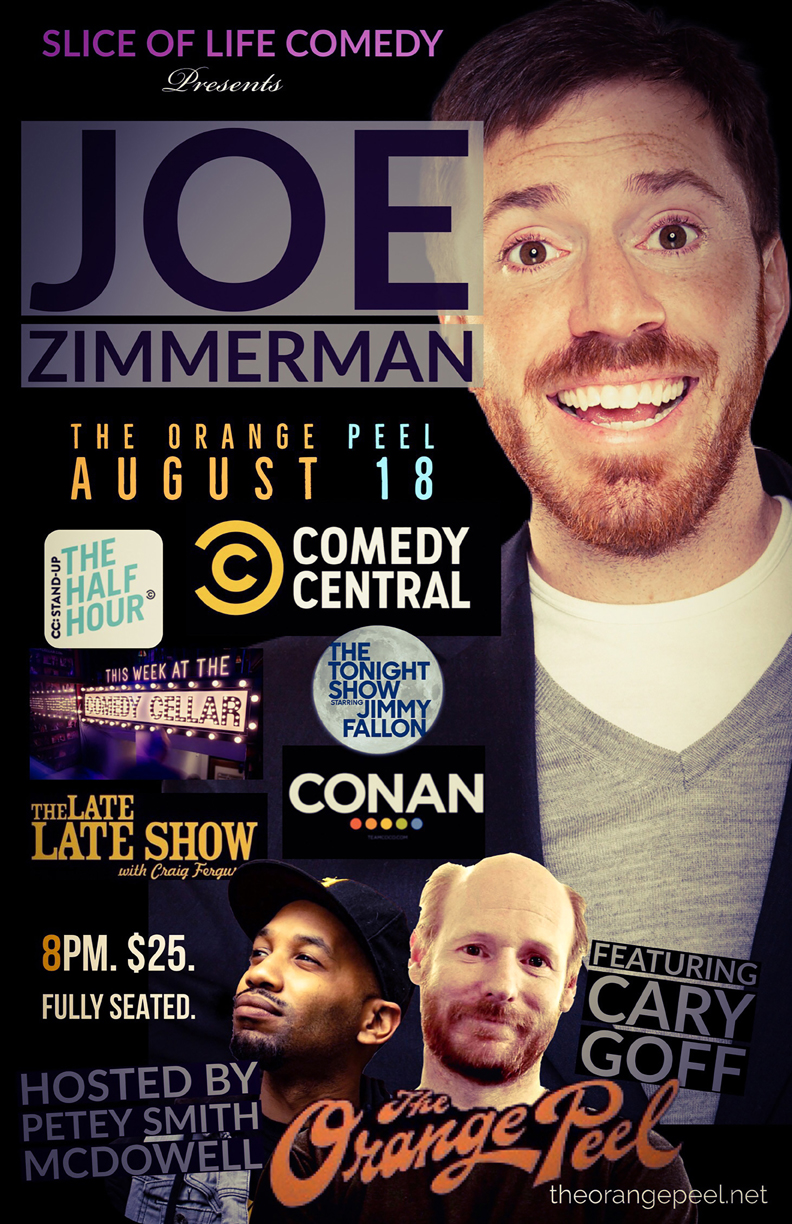 “The combination of Joe’s calming vocalization and inventive writing is a thing of magic. You’d be hard-pressed to find a more enjoyable show.” — BuzzFeed

“Oh, that’s so funny to take an audience through real facts about Andrew Jackson, who’s on no one’s mind…. tell you real things he did and has jokes that are great, and it destroys…. my absolute grand envy.” — John Mulaney in Vulture

“One of my favorite comedians” — Brian Regan, before inviting Joe to tour with him

Joe Zimmerman started his comedy career right here in North Carolina. A local Asheville favorite, Joe moved to New York City in 2012 and has since been a comedy darling, appearing on his own Comedy Central Half Hour, The Tonight Show, Conan, The Late Late Show, John Oliver’s New York Stand-Up Show and Last Comic Standing. He is a regular at New York’s iconic Comedy Cellar, where one of his sets was featured on Comedy Central’s 2019 series, This Week at the Comedy Cellar. He has performed at The Kennedy Center & Radio City with Brian Regan. And if all that’s not enough Joe is also a writer and has contributed humor pieces to The New Yorker, and The New York Times, and has a popular blog called Humble Visionary.

Featuring and hosting for Joe are his good friends and local stand-up comedian celebrities, Cary Goff and Petey Smith McDowell. Cary, who runs The Disclaimer Standup Lounge (for over 10+ years), and has been co-producing the Slice of Life Comedy shows at Rabbit Rabbit, The Orange Peel Events Outdoor Summer Stage has performed comedy all over the west, north and sometimes east Asheville and as far away as Hendersonville. When he tells a joke at home his family will say ‘oh, I see you’re trying to be funny’,which is almost as good as laughing. Petey is an Asheville native who has been traveling around the country telling jokes since 2009. He has opened for Hannibal Buress, Trevor Noah, and Rory Scovel. When Petey tells jokes to Cary’s family, they reportedly actually laugh.