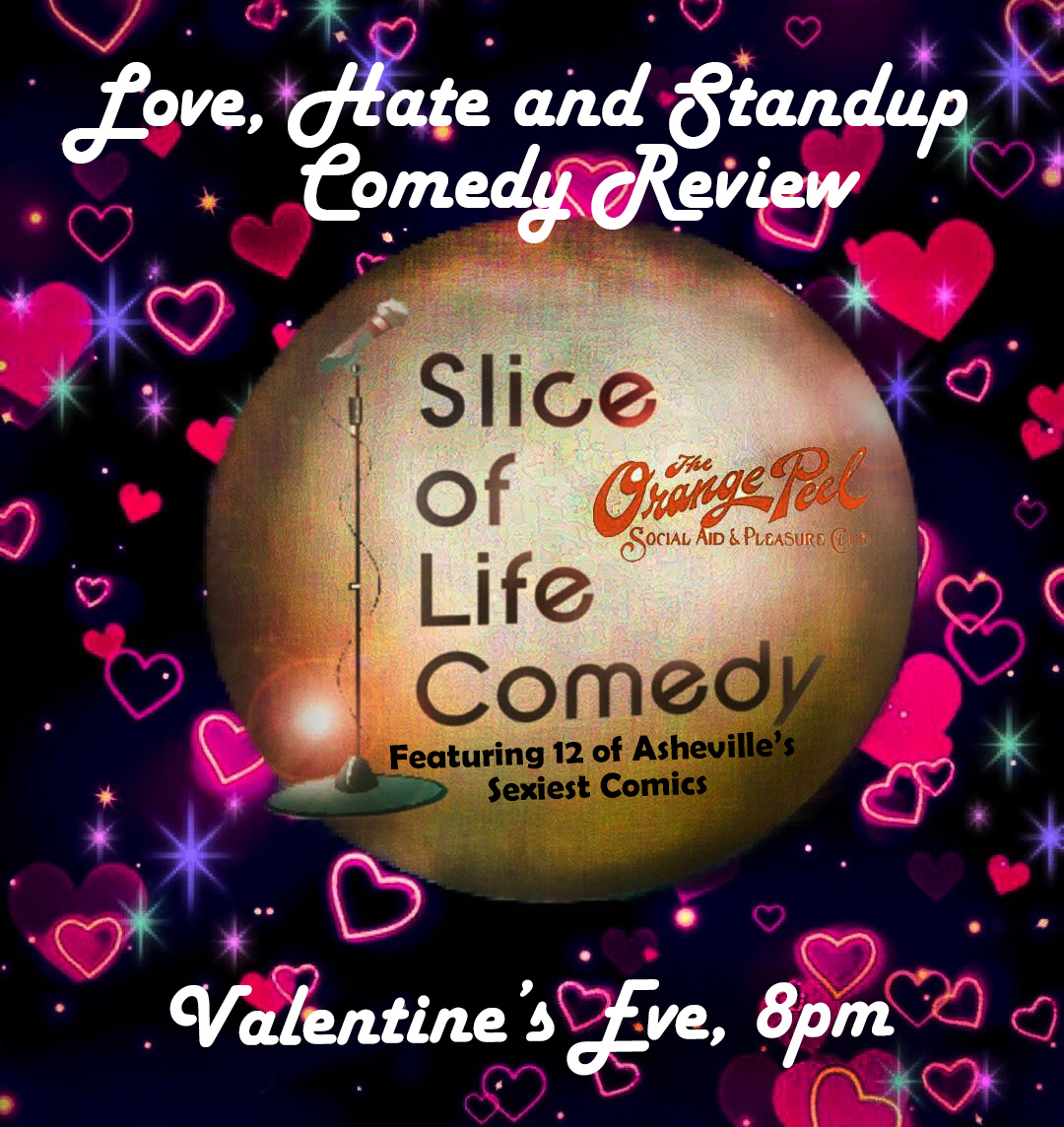 Host Cody Hughes
Cody Hughes is the weirdgod of southeastern comedy. He is a sea urchin – a delicacy but prickly. Cody presents himself first as a reluctant townie, bemoaning the doldrums of the work week, then slowly laces his act with elements of horror, gleefully abrasive crowd work, and feverish improvisations. As the performance opens up, Hughes reveals himself for what he truly is – a circus bear broken loose from his chains yet still wearing his felt crown. Maria Bamford has described Cody as “a delightful beast” and Samm Severin has proclaimed “A comedy fever dream, Cody Hughes is some kind of wonderful.” Cody is a favorite opener of Lewis Black and has worked alongside John Oliver, Mike Birbiglia, and Rory Scovel

Cary Goff
Cary Goff is a comedian in Asheville, NC. He has performed comedy all over the west, north and sometimes east Asheville and as far away as Hendersonville. When he tells a joke at home his family will say ‘oh, I see you’re trying to be funny”, which is almost as good as laughing.

Hilliary Begley
Hilliary Begley is from Asheville, NC and was seen on the Netflix original Dumplin’. She was also recently featured in When We Last Spoke with Cloris Leachman.
Her bawdy storytelling is a wild comedy ride showcasing her sweet, but sassy, southern charm.

Morgan Bost
Vibrant yet vulnerable; Morgan Bost captures the embarrassing and often painful parallels between adolescence and “almost-adulthood.” She has worked alongside national headliners such as Rob Delaney and Mia jackson.

Moira Goree
Moira Goree is from Asheville, NC. She’s a transgender woman who people have called darkly funny and authentic in her delivery. She’s opened for Shane Torres, Emma Arnold, and Rory Scovel. She performs all over the southeast.

Lily Cambell
Lily Campbell is a Trans, Queer comedian living in the South. She tries to mix empathy and understanding with comedy, making people laugh but leaving audiences with a deeper understanding of the trans experience.

Justin Blackburn
Justin Blackburn is the Positive Progressive Comedian. Justin places hilarious, enlightening spins on the issues we face, making you laugh and feel inspired at the same time. Justin’s bits range from confronting social justice issues to healing his relationship with his conservative parents. Justin has opened for Trevor Noah, Rory Scovel, and Jon Reep.

Cory Thompson
Cory Thompson almost has adulthood figured out. Almost. Though he can barely tie his shoes, Cory does have a knack for entertaining audiences with a potent blend of sarcasm and sincerity. He offers a behind-the-scenes look at his life and career in his ongoing e-diary at thompsonsgarden.com.
Cory A. Thompson

Corey Smathers
Corey Smathers was born in Paducah KY, raised outside of Nashville TN and now lives with his grandmother in an undisclosed location near Asheville NC. Although a bit new to the comedy scene he has had the opportunities to work with some of the best local talent Asheville has to offer (for which he is extremely grateful and not trying to suck up to by any means). He can best be described as a delicately combined cocktail consisting of humorously trying to steal your man, cheap whiskey and much better shoes than yours, meow.

Jess Cooley
Jess Cooley finds humor and joy in making light of the norms he grew up with. Unapologetic in the light he shines on rural South Carolina upbringing, Jess has been making the rounds in the Asheville comedy scene for several years. His lovability is evident and his unique perspective is as funny as it is eye opening.

Tom Scheve
Tom Scheve is best known as Slice of Life comedy producer Michele Scheve’s exhusband. He is Manager of Sovereign Kava near downtown Asheville where he mostly gets paid to play ping pong.