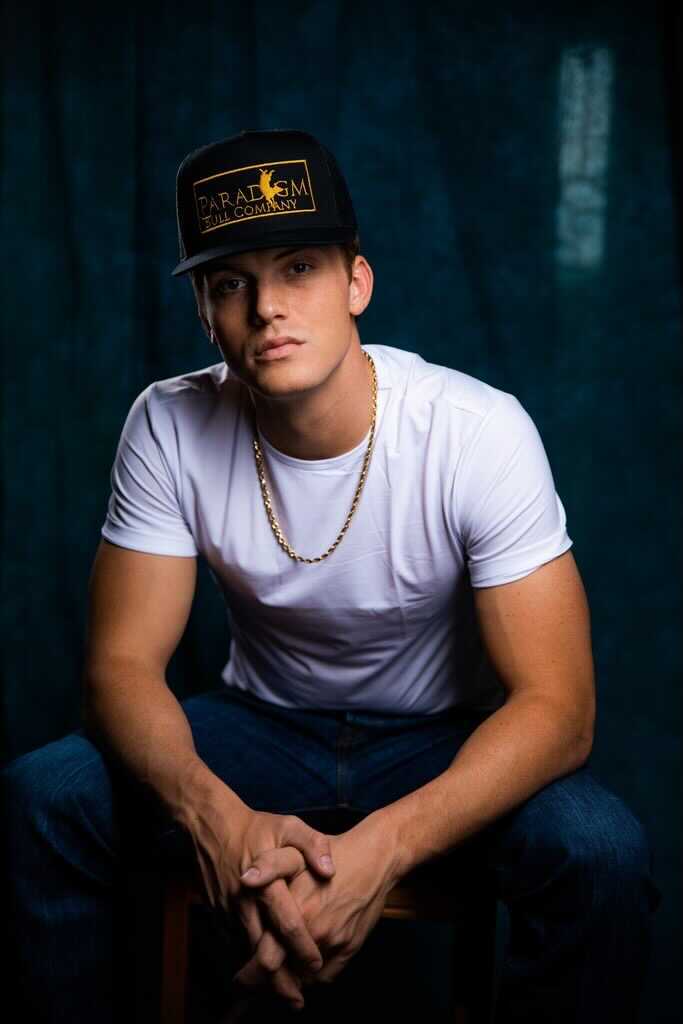 Parker McCollum wants it both ways. Restless soul who can slam dunk a major venue. Texas spirit who can exist on mainstream country radio. Songwriter with a sense of turpentine and truth singing for people whose life isn’t quite the truckbed/field party revel much of country music would have you believe.

Coming up in Texas, selling out Stubbs, Billy Bobs and Nutty Browns, the brash young man with a taste for Rodney Crowell, Todd Snider and James McMurtry had just enough Houston gangster rap in the water to develop a swagger that’s miles from the good ole boy patina so many of his peers embody. But don’t let that bravado fool you, his passion for songwriting runs deep.

“I want to have Luke Bryan success, singing Chris Knight-caliber songs,” he declares. “To have longevity, you can’t sacrifice integrity to get on the radio. People know the difference, look at Willie, look at Strait. I knew I could do Texas and never leave, or come to Nashville and do the pop-country thing. My goal is to ride the middle.”

He exhales as he says this, takes in the landscape. He’s already notched a platinum-certified #1 with the banged-up declaration of love and betrayal “Pretty Heart.” He’s gone against the grain enlisting songwriter/musician/vocalist/producer Jon Randall; he’s known for his work as part of Emmylou Harris’ Grammy-winning Nash Ramblers, producer of Dierks Bentley’s Up To The Ridge and co-writer of the 2005 CMA Song of the Year “Whiskey Lullabye” and 2018 ACM Song of the Year “The Tin Man.”

“I was super burned out from co-writes,” he says of their initial meeting. “He saw it, took one look, and said, ‘Hey, let’s hang out.’ He’s not just done it all, he’s won awards for it… When the label didn’t want him to be my producer, I thought he was a perfect fit. They let us go in and cut some demos; ‘Pretty Heart’ was one of those.”

Gold Chain Cowboy expands on that outcast drifter ethos with a collection of songs that are riddled with fuck-ups, disappointments, lost nights, real life snarls and the hunger that drives people on. Reckless, willing to reckon with the wreckage and shattered pieces of what was, McCollum’s major label debut isn’t a dead-end road, but more a cul-de-sac that too many people go ‘round and ‘round on.

“I was pretty lonely,” he offers, certifying his songs’ angst. “I was pretty young when I started selling out these places, you know? I was a rock star. But I wasn’t a rock star when I woke up, that was last night.

“There was no shortage of women. There were plenty around, random girls, but people you don’t care about – and they don’t care about you. It was a lot of cocaine and a lot of whiskey, smoking cigarettes to fill up the space. But I started thinking, ‘What am I gonna do when I get a little further along?’”

Figure McCollum, who admits a taste for flashy things, was raised a car dealer’s son. His mother’s family – “they’re a little rougher, they come from the land” – were dealing with cattle, ranching, the rodeo world. In many ways a classic Texas upbringing, even his music obsession started with his brother giving him The Traveling Wilburys, Volume 1 for his 11th birthday.

Working his Grandfather’s ranch with his older brother and a couple cousins one summer, he heard Ryan Bingham’s “Southside of Heaven” for the first time. It changed everything. “It was so simple – and stayed so simple. My sophomore and junior years, he put out two of the best records I’ve ever heard. It showed me what standards are, and that it could be done.”

Still, unhindered and young – wild living ensued. But that lust for life never got in the way of him writing songs, seeking to make the music better. Around Texas, he turned into a veritable Justin Bieber scream-inducing proposition. He didn’t care.

“I look back and think, ‘How did I go onstage like that?’” he marvels. “It makes me sick to think about it. I can’t believe I lived like that; but I liked all those things way too much. I didn’t want anything to step on my songwriting. It pays to be as real as it gets, so all that just goes into the bank for writing, I guess.”

There’s a picture frame hanging a little to the side
Some drugs on the counter in the kitchen by the wine
And I’m shaking like winter, but I just can’t eat

Four studios. Thirty musicians. Countless songs. Lots of ruminating. “I finally had my first big record deal, and the country closed down. I had to think about how did I want this record to go, trying to figure out who I am and where I am again. Just as I thought I’d done it, I had another chance to think about it.”

From the George Strait pluck of “Never Loved You At All” to the plaintive lonesome “Dallas,” the surging dumped by phone “Why Indiana” to the guitars forward tumbling pledge of always “Wait Outside,” McCollum changes gaits and gears through working class heartbreak and country. Gold Chain Cowboy offers a different take on being a good ole boy: dignity instead of pain, aching instead of numb.

“I’m a hopeless romantic. Take all those heartbreak moments, they come from real places. Not always mine, but I’ve witnessed every one. Boil’em down, put’em in a song. That’s my deal.”

Straddling Texas and Nashville, not only has McCollum written on his own – the staggering Green Day-evoking “Rest of My Life” – he’s shared songwriting credits with Randall, Wade Bowen, Randy Rogers, Randy Montana, Rhett Atkins, Miranda Lambert and Songwriters Hall of Famer Tony Lane. Scraping the truth from sun-baked bones isn’t for the faint of heart, so McCollum proceeded with caution.

“With ‘Heart Like Mine,’ I’d had that first verse for four years. I’d been saving it, because I always knew it was special. I’d almost pulled it out a couple times in co-writes that weren’t working. But I knew not to.

“When I sat down with Tony, I knew he was the one. I told him those lines, and he went, ‘That’s fucking bad ass.’ We finished it in an hour… It was unbelievable. He had that line, ‘I’m good at getting lost, but I’m bad at getting found…’ He so got it.”

It’s easier to miss ya than it is to let you down
I knew from the start, I was from the wrong side of town
You told me I was different, we were two of a kind
Cause you got the only heart like mine…

Fluid, Gold Chain Cowboy moves effortlessly from the .38 Special surge and gaited drums of “Falling Apart” to the Tim McGraw-esque questioning on the gleaming “To Be Loved By You” into the loping steel guitar-soaked tavern country lament “Drinkin’” or the old school stroll “Heart Like Mine.” For the rush of energy, the raw voice, room left between the parts to let the loss and yearning permeate the tracks, Randall created a soundscape that echoes with the emotions most people would rather not look at.

“If you can make people feel sorry for you in the songs, or not sorry but feel that pain, it’s gold,” he confesses. “Sometimes it’s not me, but I know where it comes from, and I mean it. I mean it a lot.”

For McCollum, who cites “old school McGraw, Kenny Chesney, Gary Allen” as artists who own an emotional vista and a place on country radio, this project moves him closer to his larger dreams. “I love songs too much, though I don’t think you can love songs too much. Just you have to really make all of this about the songs. Everything is a melody or a hook to me, and then it’s how do you finish what there is in a way you can be proud of?

“George Strait was ‘the Man’ in my house, the artist of my childhood. No higher, no better! His voice, the way he understands and sings a song. He isn’t a writer, but ‘Baby’s Gotten Good At Good-Bye’? ‘Amarillo by Morning’ was the first song I remember turning up in my Grandpa’s truck. When music does that to you, you’re gonna hold songs in pretty high regard.

“When I’m writing, I tell people, ‘Put your map away… Put your handbook down. Close your eyes. Tell me what do you see?’ That’s where the best songs come from, the ones that are pure and inspired. I’ve lived every one of these songs… on every album… so I can’t lose ‘that guy.’ If I never did anything else, I’d have plenty to write about – and I don’t think that’s gonna happen.

Hell, maybe I’m right, maybe I’m wrong
Finding out why shouldn’t take this long
Easier said than done I guess
I’m a little bit harder to love than the rest

✨CYBER MONDAY SPECIALS✨ Today only, when you b