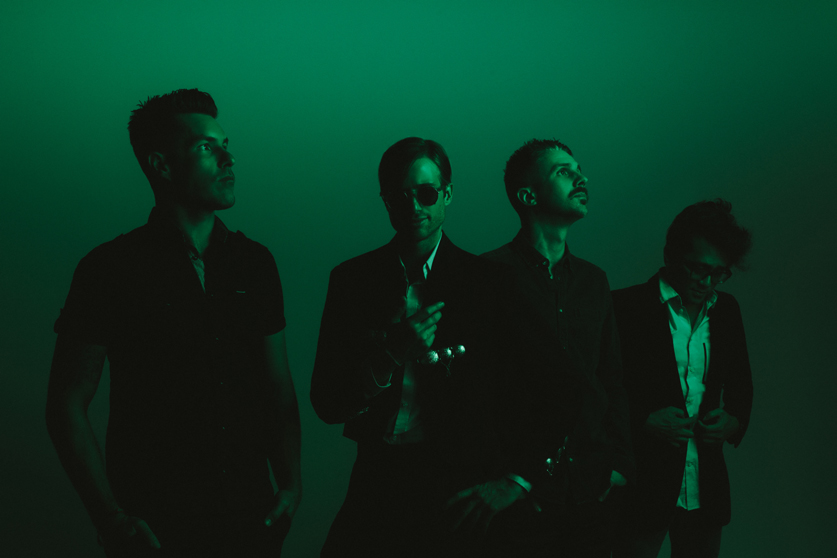 Projecting pop hooks through an alternative lens with a flair for dramatic presentation, Saint Motel make music worthy of the big screen. Streamed and viewed over half-a-billion times, the gold-selling Los Angeles quartet magnify this vision with immersive live experiences and one unpredictable move after another. The group initially came together at film school before introducing themselves on 2012’s Voyeur. Signing to Elektra Records, their 2014 My Type EP boasted both the gold-certified title track “My Type” and fan favorite “Cold Cold Man.” In 2016, saintmotelevision yielded the smash “Move.” Flipping the script once again, the musicians reimagined the record with a series of history-making first-of-their-kind innovations: an award-winning Virtual Reality version and an Augmented Reality version. In 2019, Saint Motel launched their most ambitious undertaking yet, unveiling their third full-length album in three parts. First up, they uncovered The Original Motion Picture Soundtrack Pt.1 powered by the shimmy and shake of Alternative Top 15 lead single “VanHorn.” Between packing houses coast to coast on headline jaunts and earning acclaim from People, Billboard, and more, the four-piece rolled out Pt.2 throughout 2020. And now, Pt.3 is coming, with the brand new single, “It’s All Happening” to complete The Original Motion Picture Soundtrack on June 25, 2021. In addition to unforgettable sets everywhere from Coachella and Lollapalooza to Bonnaroo, the boys lit up shows such as NBC’s TODAY, ABC’s Jimmy Kimmel Live!, and CBS’ The Late Late Show with James Corden, among others.

*GIVEAWAY* We have @thegetrightband playing this S