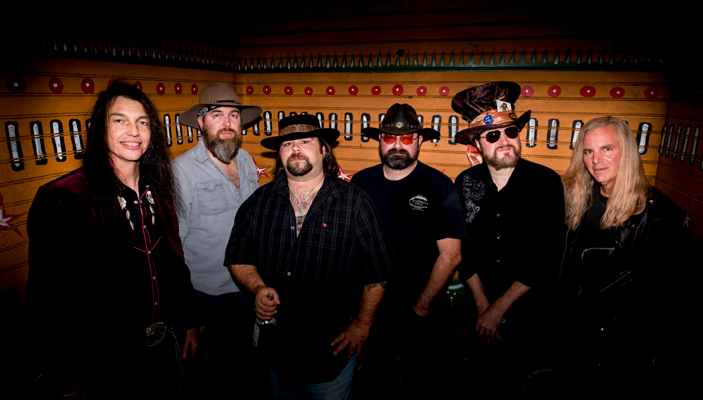 Due to circumstances out of our control, this show has been postponed until further notice. Hang on to your tickets, we’ll email you and post updates as soon as a new date is announced. We appreciate your support and understanding.

Tuesday’s Gone – The Ultimate Tribute to Lynyrd Skynyrd formed in 2005 in Raleigh, NC.  They are dedicated to reproducing the original sound of one of the greatest and most legendary bands of all time.  For Tuesday’s Gone, it’s much more than just performing the music.  They are the absolute closest you could hope to see and hear paying tribute to the legacy of one of the most respected, loved, and missed bands of all time.  From the signature Skynyrd sound, to the sheer raw power that the original band possessed, to the unmistakable look that they had, Tuesday’s Gone has every base covered.

Over the course of over a decade of touring Tuesday’s Gone have performed live at many of the premier venues in the country (The House Of Blues, The Filmore, The Ritz), casinos (The Golden Nugget, Maryland Live! Casino, Rocky Gap Casino Resort, Sugarhouse Casino Philadelphia), & major events such as the “NC Azalea Festival”, “Sandstock Festival”, “Budweiser Block Party / Charlotte Motor Speedway”, in addition to countless bike weeks and festivals.