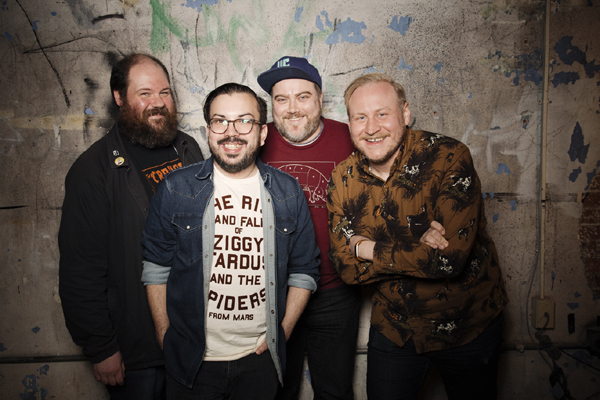 This show was originally scheduled for June 16, 2020, and then November 10, 2020. Previously purchased tickets will be honored at the rescheduled date. Deadline to request a refund is September 21, 2020.

For nearly a decade, We Hate Movies has been ripping on the worst movies to hit the big screen, including white-guy-karate pictures, modern-day superhero epics, or misbegotten 90s thrillers. On their first full tour of 2019, hosts Andrew Jupin, Stephen Sajdak, Chris Cabin, and Eric Szyszka bring their antic and uproarious takes on bad movies to the stage once again. The boys will be on hand to break down everything from incomprehensible accents and cheap CGI to dated references and one liners that make you yearn for the sweet embrace of the grave. There might also be talk of Secundus and cold Burger King. Film to be announced.