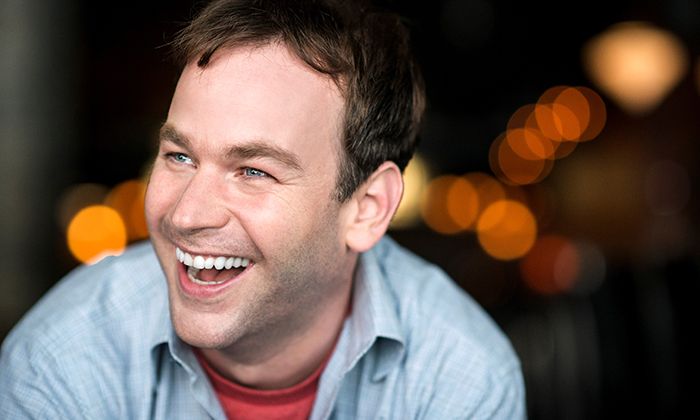 Mike Birbiglia is a comedian, storyteller, director, podcaster, producer, and actor who has performed in front of audiences worldwide. His solo shows “Sleepwalk With Me,” “My Girlfriend’s Boyfriend,” “Thank God For Jokes,” and “The New One” enjoyed successful off Broadway runs and his most recent show “The New One” moved to Broadway where he received the Drama Desk Award for outstanding solo performance. “The New One” and “Thank God For Jokes” became critically acclaimed Netflix specials. Birbiglia also wrote, directed and starred in the films “Sleepwalk with Me” and “Don’t Think Twice.” His books, “Sleepwalk with Me and Other Painfully True Stories” and “The New One” are both National Bestsellers. He’s appeared in the films “Trainwreck,” “The Fault in Our Stars” and “Popstar” as well as TV roles in “Orange Is the New Black” and “Billions.” He hosts a podcast, “Mike Birbiglia’s Working It Out,” and is currently touring material from his newest show “The Old Man and The Pool.”